Adored by the music press, championed by The 1975, and currently recording in Bon Iver’s Wisconsin studio, Amber Bain has been being tipped as a talent to watch since as far back as 2015. We caught up with the British singer-songwriter at the tail-end of 2017 to talk hypochondria and horror films, and to hear all about her as-yet-untitled debut album. 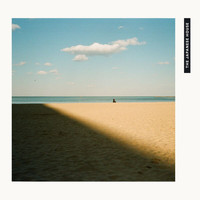 Hi Amber, where are you?

I’m in the middle of nowhere in Wisconsin, recording.

Is it true you’re at Bon Iver’s studio?

Yeah, he’s not here though. (Laughs) It’s in the woods so I can see loads of trees, and it was snowing a few days ago. There’s a big barn in which this guy called Jeff works out with us every morning – like our personal trainer. The last few weeks I’ve been eating and exercising so well. Honestly, I don’t think I’ve ever been so healthy ever. Usually I pair creativity with being unhealthy – drinking loads, smoking loads – and I just find that fuels it. The feeling that I get when I’m being creative or being inspired is almost like being on drugs; it’s that weird feeling in your stomach. Or like when you have a really strong coffee? I feel like I need to fill the hole, by smoking and drinking loads. But this time I’ve completely cut down on all of that.

When I was younger, I always thought I’d be in prison.

Yeah, it’s like a retreat. It’s probably not the most rock’n’roll thing to say but I’m just enjoying actually taking care of myself. I think this is the longest that I’ve been back from tour for a long, long time so I’ve just completely nested.

It was really weird because I thought I hadn’t been on tour [in 2017] because my sense of time has got so warped, but I’ve been to America, Europe, the UK on tour. Maybe twice? I can’t remember. And then we did some festivals and I introduced a couple of new people into my band. One of them is my childhood best friend so it’s made things very fun. We did some festivals in America and we stayed out in San Francisco and L.A. for ages after for a little break, and then I just got back [to the UK] and started writing.

There’s a little studio at the end of my road in Hackney, and I’ve been pretty much there every day during the end of summer and autumn, just writing, going home, making dinner, living a really boring life. But also it’s not really that boring, because on paper I’m now actually in this crazy studio in the middle of nowhere. When I look back on it it’s going to seem really f***ing weird.

And you’re working on new material?

Yeah, I’m working on a new album. I’ve been here recording for two and a bit weeks and I’m here for another couple of weeks. I’ve got a couple of people with me hanging out. It’s really fun, but kind of intense because being pretty much in the middle of nowhere and not really leaving the house for weeks makes me quite insane.

Being stranded in the middle of nowhere sounds a bit like the plot of a horror film.

Yeah. I never really watch horror films, but one of the guys I’m with made me watch this film called ‘Split’ by M. Night Shyamalan with James McAvoy in it. He’s got a weird, split personality and it’s really f***ng terrifying. I’m still having weird nightmares about it.

How does the creative process work for you?

It varies every time. At the moment, I’ll get inspired by music-y stuff first. I used to write a lot of abstract lyrics and hide behind metaphor – and I still want there to be an element of that – but I’m trying to refocus on making the lyrics truthful, rather than making them about nothing.

Are you finding yourself drawn to any particular topics?

Yeah, there are a few things. I’ve literally just been writing lyrics the last few days, and I’ve written one song about me having a severe existential crisis: realising how menial everything is and how you can search for a meaning and a purpose all you want, but actually there’s nothing there... Which is obviously very cheerful; I’m sure you’re really excited to hear that! It’s actually quite a happy-sounding song.

There’s another one that’s about my health anxiety. I’m a massive hypochondriac and will just genuinely convince myself that I’m dying all the time. (Laughs) It’s really annoying. But yeah, there’s a general feeling that certain things just won’t happen to you – or the chances are they wouldn’t – but basically it’s a song probably stemming from egotistical obsession, where I just think that everything will happen to me. When I was younger I thought I’d be in prison. And I always assumed that I’d be on Big Brother? (Laughs)

Yeah. I’m not disinterested [in social commentary] but I think the way that I reflect is usually from within. But sometimes I’ll reflect my environment from within as well... I don’t know, I don’t want to give too much away about [the album] but there’s quite an intense song which is definitely a reflection on male culture in some way. Male culture is such a stupid way of putting it.... It’s about the dominance of the man, I guess, but it’s not in any way a broad reflection; it’s definitely a personal one, or second party or whatever. But yeah I dunno, I get jealous of bands like Muna, who I’m friends with. They have a way of sending out a message, but I’m not very good at doing that I don’t think. And I always realize the meaning of a song after I’ve written it and then I’ll expand on it but I can’t sit down and be like, “Right, I’m going to write a song about this.”

Musically, what are your reference points for the album?

I don’t really have any reference points for it because that was a rule that we’ve made. That’s really difficult sometimes because if something really reminds you of something, it’s so hard not to be like, “This sounds like [insert artist]”. I think I just wanted to make something that sounded quite different. It’s so hard to say that though because, to me, I’ll listen to it and I’ll be able to hear all the nuances and stuff that I think make it stand out, but then someone might listen to it and think it sounds like anything else. I still can’t really hear it as a whole album; not because [the songs] don’t gel together, but just because I haven’t had time to step back yet. But when I do I think there’ll definitely be links within the songs, but the songs themselves are very eclectic.

It feels like your name has been on everyone’s lips as someone to watch for the past three years. Did you purposely decide to take your time releasing an album?

Yeah. I think the EPs were a great way of still getting music out as I was touring, because I don’t think I’ve actually had time to do an album until now. I know loads of artists can write on the road, but I can’t find the energy. Also, I have nothing to write about apart from doing the same stuff every day. But I’m definitely aware that it’s been ages and feel in some way a sense of pressure because I don’t want people to forget about me. It’s becoming quite a ridiculous amount of time to not have had an album out. And then I think also I’m really lucky to have been able to play the places I’ve played and gone on the tours I’ve been on, so I’m really grateful.

It’ll be really exciting to have loads of songs out and loads of new stuff to play live. It’s kind-of scary though. Just because I’ve built it up in my head as being such a big deal: the first album. It feels like people have so much to compare it to, and I feel so stressed about people preferring other stuff. (Laughs)

When you listen back to your early work, can you hear artistic progression?

Yeah, definitely. I think I released my first EP two years ago or three years ago, I don’t even know. I feel like the production has improved or become closer to what I’m doing now. But then the EPs are not very chronological in the sense of how the songs are ordered. I’ve always had quite a weird way of choosing songs, because it’s not really about how recently I did them. I’ll just randomly listen to a batch of old stuff – I’ve got probably 100 unused songs – and most of the time it’ll be like, “This is really embarrassing...” and then sometimes I’ll think, “Oh actually I think I can make this good.” So I’ll just treat it as I would now, rather than treat it as the song it was back then.

Are you drawing on older ideas for material for the new album?

There’s definitely one that’s quite old, but mostly it’s all new stuff. It’s going to be hopefully all brand new songs. But I think, yeah, there’s one song that I wrote even before I wrote “Still”, so I must have been about 16 or something. It’s gone through loads of different stages and it’s sounding pretty similar to what it originally was.

And when can we expect to hear the album?

Early next year? Next year, definitely.

Finally, what are you most excited for in 2018?

I’m looking forward to touring again, which is weird because a year ago I probably wouldn’t have said that sentence. I toured so much I was like, “Take me home!” But yeah, I’m really excited to just play the new songs with a new band. Apart from the album and touring, I don’t know. I’m excited to see how everything grows or how it doesn’t grow. I think there’ll be a lot of change – that’s what I’m excited for most.