In a pleasingly neat turn of events, Northern Irish trio Ash have re-signed with the record label that launched their smash hit debut more than two decades ago, and have just released an irresistible seventh studio album. We caught up with frontman Tim Wheeler to talk going full circle, new LP Islands, and the secret to longevity. 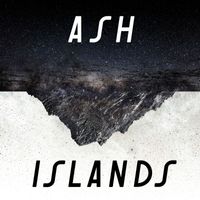 Yeah, we were quite crazy back then. In the old days there was a real infrastructure there to babysit the craziest of musicians, so [bad behavior] was kind-of expected of musicians at the time as well. We were young, just out of school, and we had unlimited booze and we were hanging out with a lot of crazy people, so we were quite wild. (Laughs) I think bands have to be a lot more professional these days to survive.

We’ve seen you mention the words “classic album” in relation to Islands. How did you want to push things forward with this album?

I wanted to follow on from what we started with Kablammo! which was reconnecting with our original sound. We toured our debut album, 1977, in full and I think that helped us reconnect with the kind of music we were making early on, where songwriting can be simple and it sounds great being played by a three-piece. I was worrying less about the style; it was all about the songs being killer.

In the old days there was a real infrastructure there to babysit the craziest of musicians.

Absolutely. I kinda wish we’d had it for years in the set. It’s really fun: you can see people smiling and reacting to it already. So I guess half of the album does hark back to albums from the 90s, but then there is definitely some stuff that reaches new territory, I think.

Which songs are you particularly proud of for reaching new territory?

Well, we’re getting nice feedback from people about a song called “Did Your Love Burn Out?” I’d never really written anything quite like that before, so I suppose I didn’t feel entirely comfortable with it. I liked the song, but I wasn’t sure if it was any good, because I couldn’t compare it to any of our other songs, really. I probably whittled it down from 80 song ideas to the 12 on the record. And they were written over a certain period so they do tell a bit of a story, I think. And all the travels I was going on infiltrated the songs.

Can you tell us more about those travels?

The last show for Kablammo! was in Japan, and we’ve toured Japan well over 20 times over the years but I’ve never taken time to see much of the country. So I stayed in Japan by myself and went to these islands called Naoshima. It’s a weird feeling when you’re travelling by yourself, especially in a country where people don’t speak much English. Going to an island I felt very isolated, but there was all this incredible art in Naoshima, so I found it very inspiring. It was a powerful time.

And I’ve always wanted to go to Deià, in Mallorca, because a bunch of my favorite art has come from there. It’s this little village where Robert Graves the poet used to live, and Kevin Ayers used to live there in the 70s, and Fionn Regan wrote this great album, 100 Acres of Sycamore, there. So I travelled there for 10 days to write, and then that led to me going to Santorini in Greece, and then there’s a little island, eight miles off the coast of Dublin, called Lambay Island, so I went there as well. I just found myself very drawn to islands at the time.

Was it the headspace that those islands afforded you that inspired the album, or were the specific surroundings particularly influential?

Both. Deià is this beautiful little hilltop village that looks out on the western side of the island, so the sunsets there are really amazing. The song “Incoming Waves” at the end of the album was really inspired by being there. And certain little moments on the album remind me of these places I was. But I think it’s very powerful when you get on a boat and travel somewhere and you feel like you’re leaving the mainland behind. There’s a really nice isolation that comes from travelling across water.

How does the creative process work between the three of you nowadays?

Well myself and Mark [Hamilton, bass] both live in New York so we’re near the studio all the time, but Rick [McMurray, drums] lives in Scotland and has to come over for a week or 10-day stretches where we piece things together. But yeah, it was great because it’s a real buzz when we’re working on new material. It’s a very close, private time when we’re kicking through ideas and getting excited about them. It just clicks together very quickly. We’ve been playing together since 1992, so it’s a bit like being brothers really.

So that’s why you’re self-producing: you don’t need any outside interference at this point?

Yeah, at this point we’re very confident at recording things. We’ve worked with a lot of great producers in the first 10 years of the band so we learned a lot from them. And then we set up our own studio in 2006 and we’ve pretty much recorded everything there since then. We don’t think too much about production, really; if a song is great, we try to capture how well it sounded in the rehearsal room.

And lyrically, you were inspired by heartbreak this time?

Yeah. I went through a break-up just towards the end of touring Kablammo! so that went into a lot of the songs. They were just attempts to understand it and process everything, so I think that’s why I wanted to travel a lot as well. It’s all a couple of years ago so it’s not raw at all anymore, but songwriting can be very cathartic and a good way of dealing with things.

Did you learn a lot about yourself in the making of this album?

I think so, yeah. I think when you travel alone it gives you confidence that you can be comfortable being completely alone with yourself and not talking to anyone for a week or 10 days. In that situation I really had to think about things, and deal with feelings, because there wasn’t anyone else to distract me. I was definitely reflecting on things a lot. And if you can get to the point where you’re completely comfortable being by yourself, that’s a huge strength to build on.

Has completing Islands left you hungry to start the next record?

Yeah, we actually have most of the songs together for a new album. We’ve started recording the drums already on a bunch of them, so it’s going to be a matter of how busy this year gets and if we can find time to get in the studio and finish off tracks. But the next album will be quite different. The songs that we’ve got so far are all over the place. (Laughs) It’s going to be interesting how we mold it into one record.

You’re still really active in your touring, playing everything from arenas to tiny club shows. Do you have a preference at this point for the capacity of venue you play?

I actually like getting to mix it up. I would hate to be a band that could only play arenas. I do love playing big stages but if we don’t get a small, intimate gig quite often I start to go crazy. And the bigger venues feel very grand but you also lose that real connection you get with a smaller crowd.

And it’s nice when you play the smaller venues, because you tend to play places that don’t normally get gig traffic.

Definitely. We’ve done quite a few tours where we’ve gone off the beaten track, away from the main cities that everyone tours. It’s fun. We’ve played some very unusual places in the UK over the years. We did an alphabetical tour of the UK one time, and we played a village in Cornwall called Zennor at the end of the tour. We got everywhere except for X because we couldn’t find anywhere that began with X. So I think we did Exmouth. (Laughs) So yeah, we cheated on one letter.

You’ve been playing together since 1992. What unfulfilled ambitions do you still have at this stage?

Let’s see... Well we never headlined Reading Festival. We played it, like, 10 times, and we got really close to it, so that would be our ultimate gig that we would love to do. It’s always really fun to bring in new fans, as well. A lot of people have grown up with us, so it’s great to connect with them, but it’s always a buzz when you get some fresh blood excited about the music too.

And why do you think Ash have survived when so many of your peers simply disappeared?

I think we’ve got a strong unity. Being a three-piece has helped a lot. We’re very tight. And we went through some quite extreme ups and downs very early on in our career so I think we learned how to not freak out if things are going badly, and not let it go to your head too much if things are going well. I think we’re quite stubborn and resilient, and then we really get a big buzz out of what we do. We love playing live and we love whenever new songs are coming together in rehearsal.