After over a decade living in California, Lissie Maurus is leaving L.A. to set up home on her newly-purchased smallholding in the Midwest. We caught up with Illinois-born folk-rocker to hear how a bout of soul-searching inspired both the move and her third studio album, My Wild West. 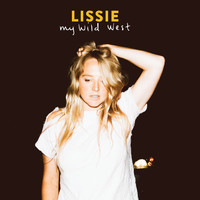 Thematically, this album is rooted in your decision to leave California to move back to the Midwest. What inspired the move?

In my 20s I really didn’t wanna be in the Midwest, and I loved the sunshine in California and all the exciting people and culture. I think into my 30s it started to be like, “Well, I’ve had a lot of fun but I miss the seasons and the rainstorms, and I want to buy some land and be close to my family.” It was time to go home.

How long were you living in California?

12 years. I didn’t really think I would leave. It was just a bizarre thing that happened earlier last year, where I suddenly wanted to take a little more control of my life. And part of that puzzle was moving to Iowa and buying some land.

Subjecting yourself to rejection and criticism and other people’s expectations: that’s not why I started.

I don’t really live there yet, but I’ve camped out. My house is under construction, and I’ve got 10 acres, five of which are tillable, so I rent those to my neighbor and he is growing corn and soy for the time being. But by spring of 2017 I’m going to just turn it all over to wild flowers, give the land a chance to heal, and I think I’m going to turn the barn into a recording studio. So I won’t live there ‘til May, but I can’t wait.

Where was My Wild West written?

Well, a couple of songs were older songs, which never felt like they really fit on my other albums. But early in 2015 I wrote "Wild West" and that kicked everything off. I feel like "Wild West" predicted that I needed to set off on a new course. It was subconsciously telling me as I was writing it, you know?

I vaguely knew that I wanted to include my band in the record, and I was probably going to be working with Phil Reynolds from Band Of Horses, who I’d worked with in the past. I’d written "Wild West" with Curt Schneider in Los Angeles, and then I had gone to Nashville and written some other songs, and Martin Craft and I had written "Don’t You Give Up On Me". So I had some songs I was feeling, but then when we went into the studio it just seemed like it was this forced thing, like, “You have to make an album now.” It wasn’t flowing, and that was when I was like, “I’m not gonna make an album, and I’m moving.” I wanted to get back to the joy of music, because it was starting to become a bit of a pain, really. Subjecting yourself to rejection and criticism and other people’s expectations: that’s not why I started. I’ve been singing my whole life because it makes me happy, and I wanted to get back to that.

So how did you end up writing an album?

I had [the songs] "Wild West" and "Daughters", and I wanted to finish those because I’d already started recording them with my band. So I went back to Curt Schneider in Los Angeles, and I said, “I wanna finish these songs, but I don’t wanna release them and I’m not gonna promote them.” Long story short, once that happened I started having fun because I was like, “No-one’s every going to hear this.”

I was telling all these great stories that were very personal. My Wild West is basically about the last 12 years: the acts of experience and growth. It’s almost a way of closing one chapter and starting another, so it was kinda cathartic in that way. I definitely think having the pressure taken off helped me make it. If too much is expected while you are working, you can never really loosen up.

It must be difficult trying to create under pressure.

Yeah, and I think one thing I’m working on – even with relationships or romance – is trying to really just enjoy the process of anything, without needing to know what the outcome’s gonna be. That’s really hard because people like having control; I know I do. It’s not about what could come of doing something: it’s the doing that matters. Life’s so short and if you’re always wondering what’s going to happen you’re missing everything that is happening.

With previous albums, were you always focused on the outcome?

Well, yeah because it was a big production involving so many people, whether that’s from the label, or people who do radio and TV for you, or your publicist. You want to honor everyone’s efforts and have success, but someone else’s definition of success might not really be mine. A lot of that pressure was in my own head, I think. I’m just hard on myself. But that’s all part of growing up and learning things about yourself.

That’s one of the great things about getting older – you care less about other people’s opinions.

Totally! Or you’ve just been through something enough times that you don’t have the energy to bother about it.

Even though My Wild West wasn’t planned as an album, sonically was there any goal for these songs?

I noticed that I didn’t want to over-think the production. I love a polished piece of music. Like, I love that "Trap Queen" song, and I really like pop music. But I was coming at it stripping things back a little, like, “Let’s just have a guitar and a vocal.” "Hero" was written pretty fast and I brought it to Curt Schneider and he had session musicians come over. We just tracked it live, and we didn’t really add a lot of overdubs. So I think that, moving forward, I may make a super-poppy album with a friend under another name, but in terms of what I’m feeling right now, I’m not putting a bunch of music over music unless it really needs to be there.

And you mentioned, My Wild West was produced by Curt Schneider. What attracted you to work with him?

I mean, all the producers I’ve worked with are really smart, creative, great people. But sometimes you get paired with a producer and you have to give up a certain amount of control, because they know what it is that’s going to get you on the radio, maybe. But this time I didn’t want to team up with someone where they were in charge.

That’s not an insult, because I loved making those records with Jacquire [King] and Jacknife [Lee] - they’re at the top of their game. It was just finding someone who would let me be like, “These are the songs I wanna do, and this is how I want them to sound. And maybe they’re gonna sound like sh*t and no-one’s gonna like ‘em, but will you just bear with me, and help me make them.” It was my own money and I think being independent freed me up to do whatever I felt like.

The song "Daughters2 is part-inspired by a documentary, right?

Yeah. There’s this amazing documentary called ‘Pray The Devil Back To Hell’ about [Liberian peace activist] Leymah Gbowee. There was terrible civil war in Liberia for years and years – just violence and horror – and this social worker got together a group of women that she was working with, to dress in white and peacefully protest. By the value of 30,000 local and Christian women marching down the street, they were able to get the President and these warring wannabe leaders to all get together and have some negotiations. And these women held their hands around the building where the negotiations were happening and would not let them leave until they came up with a solution. So they were able to kick out the troublemakers and get rid of the President and then they had a woman President and they had peace.

It’s not like men are bad – men are great, and we’re all equal – but it was an example of women really stepping in and peacefully bringing peace. That’s the key I think: peace brings peace. Bombing Syria, or wherever, or sending drones: we can say we’re going to achieve peace by using force but that’s not how it works. So I was inspired to write "Daughters" because I think that women will have a big role to play in bringing peace to the world. As soon as girls all over the world can be educated and be safe at night, and it not be seen as their fault if they get raped, that is

Were there any other experiences that inspired the songs?

I think that most of the songs are personal, whereas my old albums were more about boys. Now I’m a little more interested in the idea that maybe some of the problems I have with boys is because I have some problems of my own I need to work out. (Laughs) Recognizing the things in myself that are holding me back inspired a lot of my writing on this album, I think.

With "Hollywood", I think Hollywood is this magical place where people make the most incredible things happen, and I had such a fun time there, but I was always aware of the cruelty of the place: western standards of beauty, and playing a song for someone that’s about your heart and your soul, and having them say, “That’s crap.” You have to have a really thick skin.

I definitely left Hollywood having had some career successes, but some of the people I would encounter seemed phony to me. Authenticity and realness and friendliness is important to me. This business, it’s hard for me, because there’ll be people who want nothing to do with me, and then as soon as they see me up onstage talking to someone famous, they want to suddenly hang out with me. It’s just so obvious that they’re social climbers, and it makes you feel like you lose a little bit of faith in humanity. But now I’ll just go hang out with my family and friends when I’m not on tour.

Is there anything you’ve learned about yourself in the making of the album?

One thing I find that I’m paying more attention to is how powerful our thoughts about ourselves and about reality are. Nobody has any power over me: there’s nothing I have to do. And if I’m going into something with an anxious mind, or feeling like I’m struggling against someone, it’s just going to manifest itself in a bad, frustrating way. So on this album I really took it a day at a time and stayed positive. So I guess that really seemed to come out, because this album ended up being fun and easy to make.