Three years since Taiga, Nika Roza Danilova is back with an astonishing album inspired by depression, serial killers and the woods of Wisconsin. We sat down with the singer-songwriter to discuss the circumstances around Okovi’s creation and to hear how she feels she’s finally found her purpose, a decade on from her debut. 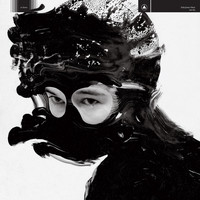 You moved back to Wisconsin from Seattle following the making of Taiga, right? Why?

I missed my family. I love Seattle but I wanted to buy a house and it’s so expensive there. So I just moved back home and I built a house on the land where I grew up. My family’s right next door. You know, I travel so much that when I’m home I want to feel like I’m home and see the people that I really love. It’s set in 200 acres of wooded forest so there’s a lot of space, and it’s just raw woods.

How did that change of environment impact on this album, creatively?

I think because that’s the land where I grew up, it’s very isolating but at the same time it’s very liberating and I felt that. Returning to that, I felt like we were the only people that existed in the world, so when it came down to writing there was no pressure.

I didn’t write for a year just because I was so debilitated by sadness.

Musically, Okovi contrasts visceral episodes with very beautiful, serene moments like “Witness” and “Half Life”. Can you tell us about the goal sonically for this collection?

I wrote the record piece by piece. I had written 100 songs and then at the end I just picked the ones that were the most cathartic, or the most important in terms of being part of the journey of the past few years. When I put them all together I think they fitted in a really interesting way. I just wanted it to feel like a journey, you know? Because my favorite albums are the kind that aren’t just all singles; you’re going through this narrative instead.

You mention catharsis – what have the past three years been like for you?

The first couple of years in-between Taiga and Okovi I was really depressed. I couldn’t try to write a song without crying and giving up right away. I just felt very lost. And then, as I started to feel better, that’s when I moved back to Wisconsin.

But as I was starting to feel better I noticed the people around me were going through their own challenges. Someone very close to me attempted suicide twice in one summer, last year, and another person was diagnosed with terminal cancer. And so facing my own demons, and then everybody that I love around me was going through their own trauma one way or another, it fed the writing process because I needed to write in order to understand all of the things that were happening. You know, to makes sense of it? So more than ever this record was truly cathartic and therapeutic, and just like a friend that I needed at that point.

There’s this unhelpful idea that stressful situations produce great art, but if you’re really in the depths of despair it must be really difficult to write anything?

Oh yeah. I mean, I didn’t write for a year just because I was so debilitated by sadness. You know, there’s a point where you’re so depressed that your whole life becomes inactive, and that’s where I was at. It was very hard.

So what brought you out of that dark place?

I think moving back to Wisconsin and then I think also because I am clinically-depressed I got a medication that helped cut off my over-thinking, and cut off that part of me that wants to go down a wormhole. I just realized that I need to be on medication of some sort otherwise I’ll just get lost.

After working with David Lynch-collaborator Dean Hurley on Taiga, you’re back working with Alex DeGroot. Was that because you were working on such personal material that you wanted someone you trusted?

Yeah, exactly. I’ve known Alex for years because he mixed Stridulum, and he’s been on tour with me since the beginning. So we’re very close; he knows me very well. And this record was so precious and so fragile that I needed to work with somebody that I could trust. I think when you’re working with somebody new there’s this get to know you period and there’s an ego battle, and I just didn’t have time or space for that. I needed it to be easy. I trust him, musically and emotionally. He’s like a conduit. He understands what I like and what I don’t like, and so a lot of stuff is almost unspoken. And I can push him, and he can interpret it really well.

Yeah. Intuitively, a lot of the writing was not cerebral; it was very emotional. I just wanted it to feel really intense and experiential; I wanted the music to tell the story as well as the lyrics.

Can you tell us more about the song “Witness”?

So that’s about the person very close to me that attempted suicide. I was going on these cabin retreats where I’d have someone drop me off in an isolated cabin, and I wouldn’t be able to leave for a week because I didn’t have a car or anything. And I was at one of those cabins and I got a phone call from someone saying that this person had attempted suicide and they were in the hospital. I felt so horrified and debilitated because I couldn’t be there for them and had no way to communicate with them at this time. So I wrote this song as a means to communicate with them and to work through what I was feeling for them, in terms of me wanting to tell them how special they were and how much they need to be here, you know? That’s the thing that’s so hard when someone commits suicide: you wish you could express to them how desperately people care about them and need them.

Have you played the song to them?

Yeah, so once they got out of the hospital I did play the song for them and I’m hoping it helped them. I think it did, maybe? But yeah, it was really raw.

Can you tell us about the premise behind “Soak”?

I didn’t really think about this when I was writing it, but sometimes I wear these thought forms or thought experiments... So as I was writing I was channelling the experience of being a victim of a serial killer, and just what that must feel like to be put in a situation where you know you’re not going to survive it because someone is so malevolent that they’re going to take your life from you for no reason. And then what would you go through mentally and emotionally in those moments right before you die? Grief? Anger? Frustration? Resentment? Or would you feel a sense of empathy for that person? And how would you take back control of those last moments and go, “Ok, you know what, I don’t have control over this but I will try to find control. I’m going to let them do this to me, because that’s the only way I can find peace.”

Did you read about serial killers in preparation?

What? You sit reading about serial killers, in the woods, on your own?

Yeah, but the woods don’t scare me. It’s cities that scare me, because that’s where the people live, and that’s where serial killers live. (Laughs) But I think in some ways reading about these stories prepares me, you know? I feel more armed, because I understand how people work more. I was watching a lot of Japanese horror movies too.

Watching the video for “Exhumed”, that all makes sense. What was the concept?

I was really inspired by chiaroscuro, and the video was shot on my land. Jacqueline [Castel] came up and we shot it together. I just wanted it to feel very primal and cathartic, like an exhumation.

Yeah, so it’s shackles in a lot of Slavic languages – Russian, Ukrainian, Slovenian, Bosnian – and I chose it not only because of my Slavic ethnicity but because it unites so everyone in that we’re all shackled; we’re all prisoners to something or somebody. I was a prisoner to my sadness or my depression when making the record, and someone else was a prisoner to their inevitable fate because they’d been diagnosed with cancer. You know? I just feel like everybody has these chains that keep them from being fulfilled in one way or another.

It does feel like the record ends on a hopeful note, though?

Yeah, I mean, I think the thing with sadness is there’s a point where it becomes transcendent, you know? In Buddhism you’re taught to find enlightenment in suffering and I think that that’s really important to me. In my most difficult moments, I think about how can I flip this and make it into something else. There’s a point within your threshold of pain where you can handle more and more, so it’s just about allowing yourself to – not necessarily become numb – but to be awakened by pain or suffering. I do think that that’s helpful in some ways.

What have you learned in the making of this album?

I think I’ve definitely tapped into my path a little bit more. When I was younger I felt like I wasn’t really sure what my purpose was and so I was trying a couple of different things. But with this record I’m starting to settle into what I think my story is to tell and what I can do for the world and for people, you know? And that felt peaceful.