Tune-Yards might have begun as the solo project of Merrill Garbus, but a decade on she’s now sharing equal billing in the project with her long-time creative partner, Nate Brenner. We gave Garbus a call to discuss the change in dynamic, and heard how intersectional feminism, meditation and Solange’s producer helped shape their fourth LP, I can feel you creep into my private life. 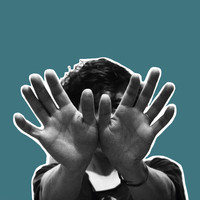 It feels like you’ve barely stopped since the release of Nikki Nack in 2014. Can you tell us about some of the projects that have kept you busy?

Nate [Brenner, the other half of Tune-Yards] and I were joking about me saying, “There’s a time that I won’t be busy,” and then I fill it all up. (Laughs) One thing I got really excited about was the radio show that I have been doing on Red Bull Radio. It’s called C.L.A.W. – Collaborative Legions of Artful Women – and it involves playing music by female-identifying producers. So I’ve learned about a lot of new artists, and as part of that we set up collaborations between woman rappers and singers and lyricists and producers.

Also a lot of what I did was some really personal work on exploring my own participation in, I guess, white supremacy? Really looking at the ways in which I have been conditioned to live in this culture where there’s this idea of whiteness. I think that was the first time where I took time to examine that and how it manifests in me. So it was mostly through a workshop that I took for about six months, but also in the process of writing the album that that work really came out.

You can certainly see those ideas in a song like “Colonizer”. But sometimes even just asking people to recognize their privilege can get their backs up.

Yeah, especially white women, I think. (Laughs) But it’s a really interesting time now culturally, and I think that part of my nature – maybe to a fault – is blaming myself, or feeling it manifest as guilt, but this time I really felt like I wanted to take an approach which was an investigation, just gently asking myself questions. And that I think that’s hard for people, because they feel accused or they feel blamed or they feel an antagonism. I just wondered if there was a way of approaching it a bit more gently.

It is so easy to slip into the trance of whiteness, and not feel attached to the pain and struggle and oppression of people of color.

Are you living differently as a consequence of completing that course?

Yes and no. I think it absolutely changed me, and I also think part of living as a white person in this country is that it is so easy to slip into the trance of whiteness, and not feel attached to the pain and struggle and oppression of people of color in this country. Of course, I’m a white person so I can never know the extent of that pain, and that’s the biggest white privilege: to be able to shut it off and not feel like this is an emergency that is life-threatening.

So I’m part of a group of white people who challenge each other to stay focused on racial justice. Really, I don’t know the usefulness of these things and certainly I’m very interested in – and a little sceptical about – how this translates into being a rock band and singing songs that weren’t about being a white woman, you know?

It’s always been clear from your music that you are extremely socially-engaged. In the period between this album and the last, you can’t have been short of subject matter to focus on. Was it difficult to know where to begin?

Yes, as I’m sure it is for anyone being creative. Definitely there’s a sense that maybe the reason I turned inwards more was that I just had no idea? I had nothing to say. I have some thoughts and questions but I still don’t have a message. Something I really tried with was not knowing but continuing to move forward anyway, with more questions than answers.

“Now As Then” feels like a tussle between two opposing internal voices. Can you tell us about that song?

That song for me was specifically wrestling with this idea of intersectionality, again. Not even to be that intellectual about it, but just feeling the ways that I am implicated in a history where white women specifically are passive, but passive-aggressive elements in oppression. So there’s this history of oppression of women, but where do white women oppress others? And that’s difficult. Especially growing up having had a mom who was very liberated.

I was born in 1979 so I came out of the Women’s Liberation movement. I wore overalls and I never had to wear dresses if I didn’t want to and I really am a result of the feminist movement in a lot of ways. And it feels difficult to criticize feminism and difficult to criticize being a woman, and also the limitations of that label, because personally I’ve found so much power and solidarity and strength in my relationship with other women.

Tune-Yards is officially a duo now, but Nate has been collaborating with you for some years, right?

Yeah, he’s been involved for a really long time. I think we’ve been struggling with the “officially a duo” thing because does it negate all the work he did before this album? The point was to just acknowledge publicly what a huge role he’s had in the band and continues to have. I think that it’s grown and grown and grown, and that has meant that I have let go more and more as I’ve begun to grow as an artist and trust others more in involving in work that I do. So the deal was to get away from “Merrill Garbus is Tune-Yards” or “the one woman project of...” It was just time for us to be redesigned as a duo.

Has acknowledging that officially changed the creative process for this album?

I think it’s been very similar but maybe more so? In other words, the process of me starting with some kind of rhythm, and Nate joining with a bassline, and us going back and forth in composition, adding synth lines and melodies and harmonies... That process was pretty similar. I would say, this time, because he’s listed as a co-producer, that really felt like he was very involved in the overall sound of the recordings. He will always defer to me because he’s very respectful of my lyrics, and of this being a project I started 10 years ago now. But it just felt like his role was deepened.

You had Mikaelin “Blue” Bluespruce mix the album, who might not be an obvious choice because he’s usually associated with the worlds of hip hop and R&B. Tell us about his involvement.

We weren’t sure if we would ever be able to work with Blue because he had just done the Solange album not so long before, and obviously he was getting busier and more sought-after. He was involved really near the end of the project, but a huge part of how the album turned out in the end was to do with his contribution.

Basically, we’d worked on this [album] for months and months and we had to record it at Tiny Telephone studio out here in Oakland. We sent Blue a test mix and it just felt like he knew how to clarify what we had done. We had so much musical information and he really knew how to hone in what music’s being focused on in one moment. And we’ve been fans of the Blood Orange and Solange stuff, and we felt so lucky when he agreed to work on this with us.

For the last album you took tuition in percussion. Did you make any particular preparations for this record?

I think something shifted for me in that I realized that, in the past – and I’m sitting here talking to you from the same street that I have lived on now for eight years so I can really trace how I felt after W H O K I L L and while we were making Nikki Nack – I think that I used to live my musical life in these cycles. Like, work, work, work, make the album, tour the album, feel really burnt out, crash and burn, probably get sick or feel like all I can do is take gentle walks for a month, and then start over again. And I don’t know if it’s my age or what, but now it feels like a daily practise instead. Like, how am I practising every day? I’ve really been trained to just to nurture creativity all the time.

So this time we took classical vocal lessons pretty much weekly, and then there was just this real discipline of showing up to the office to create. In that time I did a number of other projects – writing songs for other people and working on a film score – so it’s been really great to have none-Tune-Yards musical projects just to show ourselves that our musical life is much greater than just a band.

What have you learned in the making of this record in particular?

I learned better singing techniques, I learned a deeper meditation practise and then mostly I think I learned how little I know. (Laughs) I learned a lot about the limitation of my perspective. It’s such a polarising time out there, and I think, in terms of the books I read, there was a shifting in perspective about right and wrong, and maybe about this idea that humans will save the world, and that humanity is good. Like a lot of other people, I’ve come to distrust humanity and that includes myself and my tendencies as a human.

I learned that I have so much to learn, and at 38 years old that feels like the best lesson you could learn. I know such a small fraction, and as much as I tackle my sense of racial justice or whiteness there’s always going to be this very limited perspective of being a middle class white woman who grew up in the suburbs of New York, and is married to a man. There’s a lot that I’m limited in terms of my perspective. It’s coming to know and acknowledge that, and not feel this is about taking sides and being right or wrong, but really yearning for a more complicated dialogue instead.

You mentioned that it’s been roughly 10 years since you started this project on your own. How have your motivations changed in that time?

I would say in the beginning of Tune-Yards I felt desperate to express myself, and desperate to release some of the musical energy that I had stored up inside of me. And I think that’s still true to some extent, but I think more and more it’s really felt like I long to have purpose in the world. But I think as I get more comfortable with just being a human being on the planet and forgiving myself for the failings of just being a human on the planet, I want to be bringing opportunity for dialogue and for healing. Not to be too grandiose about it, but I think I needed music to heal, I need music to heal and I think others do too. And I know that not because I’m rationalizing my job, but because that’s the feedback that I’m getting from people about it. I just want to be putting positive energy into the world and be hard at work in not tearing things down but really trying to heal and build.