Swedish synth-pop lovers everywhere, rejoice: Little Dragon are back with the follow-up to 2011’s Ritual Union. We sat down with the four of them at SXSW to find out more about their excellent new album, Nabuma Rubberband. 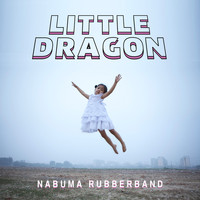 Firstly, what is a Nabuma Rubberband?

Yukimi Nagano: The story is, it started out as a working title for this song where I was singing, “Blinded by the rubber bands.” Somehow the song became named “Nabuma Rubberband”, and when we were trying to find names for the record that was the first of many options. We nearly went with ‘Mirror’ but I think we ended up going back to “Nabuma Rubberband” because it felt awkward, and different; an unusual combination of words. It could mean anything really, because it doesn’t mean anything. (Laughs) But it’s a nice representation: it could be a girl’s name, it could be a place, it could be a state of mind… And now it’s the album title, it is loaded with meaning for us.

Fredrik Källgren Wallin: We didn’t make the connection at the time, but it could also be a reference to the Kate Bush song, “Rubberband Girl” too.

Having broken through with Ritual Union, how much pressure did you feel when writing this album?

YN: I think we always feel pressure, but it’s self-imposed: there’s this sense of wanting to do something that feels good and inspiring. This time, it was more about finding out what worked and what didn’t. We were hard on ourselves, getting stuck and going through different phases of our confidence and our writing.

FKW: [External pressure] was actually very easy to forget about. I mean, we spent so much time out [of the public eye] that we forgot to worry about what anyone was gonna think.

What was the goal, sonically? Was there a goal?

YN: When we started writing there was definitely not any goal, besides the normal goal to make something great.

Erik Bodin: So we ended up with this. It’s a blurry, slick, fantasy ride: sometimes light, sometimes dark; sometimes up, sometimes down…

What about reference points?

YN: I feel like the songs were inspired by a bunch of different stuff, but nothing that was mentioned or consciously done.

EB: It’s afterwards that we come up with fake answers like, “Yeah, we decided to…”

Generally, do you all agree on music?

YN: I think we agree more than we disagree, for sure.

YN: I kinda like that we don’t agree on everything; it makes it interesting that we all have our own taste. It’s the way we discover stuff too: I’ll hear the guys playing stuff I haven’t heard before, and we’ll share music in that way.

EB: We can all agree on Kraftwerk, some Prince… It’s not an influence as such, and maybe it’s not for everyone, but recently I’ve really liked “Everything Nice” by Popcaan. He’s quite polished and poppy but it’s like dancehall. I like the mood in it.

So how did the creative process differ to previous records?

YN: I’d say we worked together more. We all sat in the studio, and we went through everyone’s opinions and reworked songs. We’ve done that a little before, but we did it much more on this record.

FKW: We let someone else mix the album too. We’d always done it ourselves in the past but we decided to let go, so Jason Joshua did it.

FKW: We produced their albums… (Laughs)

YN: But we met Diplo a few times around festivals and he’s a really nice guy. He makes some good party music.

FKW: We also had Robin Hannibal produce a track.

But the album does feature De La Soul, right?

YN: Yeah, Dave from De La Soul co-wrote “Mirror” and “Killing Me”. We’ve been friends with them since the Gorillaz tour and I really like him lyrically, so it was nice to have him to bounce ideas back and forth with. I think the guys [in the band] are really, really nerdy with sound and have tonnes of opinions about the music and how I sing, but they’re maybe not super into lyrics. I mean, they have opinions there too, but it was nice to talk to another lyricist, and someone who is obviously coming from a rap point of view.

FKW: And also someone’s whose first language is English, because obviously ours is Swedish.

EB: I can do some great raps in Swedish…

Can you tell us about some of your lyrical inspirations please?

YN: I was looking to challenge myself by not always just singing about myself and how I feel, but by also discussing political things. For example “Only One” is kinda dystopian and dark, dealing with this love story of a character who’s on death row.

So yeah, I think I wanted to dig a little deeper, and take inspiration from subjects that I found meaningful, or that touched me. This time, personal reflections are intertwined with stories of other people, even if it comes out in a kinda abstract way.

What have you learned about yourselves from making this album?

YN: I’ve kinda learned that sometimes it’s nice not to get your way. That’s something I’m still learning and that I have to keep re-learning…

EB: That’s true, same here actually. It felt like we managed to get rid of having too much sentimentality about how things were done too. We just weren’t so precious, and were open to someone just taking our music somewhere else. I think we’ve become mature enough to listen to our songs more objectively, like, “Oh there are actually some really good ideas there,” even though it wasn’t always us doing it.

Håkan Wirenstrand: I think we crystallized the working process a bit more. For weeks we had this focus where we really had to be together, working.

Looking back on your eight years together, has there been a particular highlight?

EB: I think it’s just a blessing that we’re actually all together still.

YN: For us, we’ve chosen to do this as our passion in life, and in life there isn’t that one peak moment: it’s up and down and all over the place.

FKW: I would definitely say that the biggest thing is the live shows, though. When you feel the energy coming back from the crowd, you think, “Imagine if nobody liked our music…” It’s nice to be reminded of that.

EB: I remember a gig in Belfast, on one of the first tours we ever did. The dinner at that venue was a plate of crisps, and there were only 10 people in the crowd.

FKW: We were in the mindset, like, “Let’s not less this bother us: let’s just give them all we have.

EB: And they all bought the record. Amazing!

YN: I think there have been a lot of challenging, difficult moments that have shaped us a band. Even though at the time some of them can suck – like all the crazy travelling – you find a way to work together in those situations. Hopefully there are a bunch more to come.