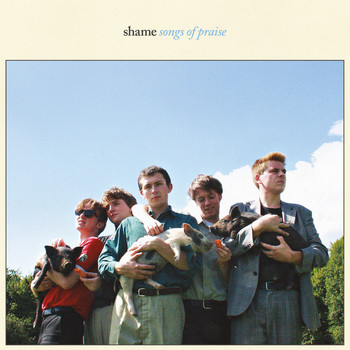 7digital What we said: Shame have been pretty consistent in their unapologetic, unfiltered outlook ever since they first emerged at the tail-end of 2014. Happily, the South London punks continue to be led by the gut on this, their incendiary full-length debut. Recorded in just 10 days, Songs Of Praise is entirely flab-free, and ably captures the visceral energy and the grimy, claustrophobic feel of the five-piece’s legendary live performances. Frontman Charlie Steen spends the set flailing between studied apathy, simmering contempt and explosive fury, and the band showcase a range that extends from The Fall at their most menacing ("The Lick") and bratty punk spleen ("Lampoon") to dreamy jangle-pop ("Angie"). A richly realised debut set that’s so instantaneously infectious it could be a greatest hits.