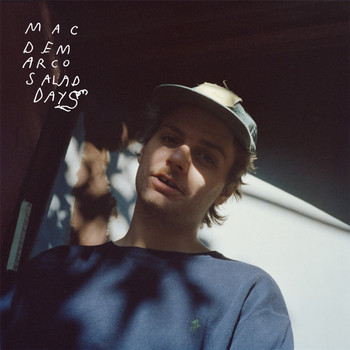 7digital What we said: Mac DeMarco might goof about more often than most, but there’s no denying that he always delivers the goods sonically. His second LP-proper is another case in point: lurking underneath all those ever-so-slightly detuned, drunken guitars and drawling vocals, is a wealth of properly-timeless songwriting. Take your pick from the breezy surf-pop of "Let Her Go", the slacker-blues of "Brother" or the ramshackle psychedelia of "Passing Out Pieces", with its "Strawberry Fields"-style organ. But, for our money, the real stand-out on Salad Days is sun-warped slow jam "Chamber Of Refection", which finds Mac acting out his wildest Shuggie Otis fantasies amongst pitch-shifted synths.