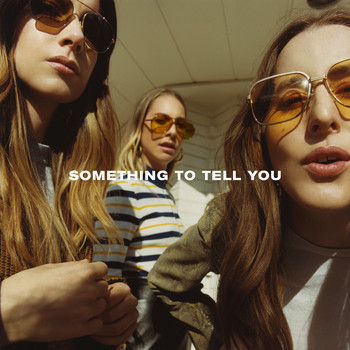 Preview Something to Tell You

7digital What we said: Thanks to a BBC Sound Of win, a top 10 debut and a glut of triumphant live performances, Haim were catapulted from cult concerns to one of the most talked about bands on the planet, back in 2013. Considering the company the L.A. trio now keep – including U2 and BFF Taylor Swift – we expected this follow-up to be far more guest-heavy. Kudos to them, then, for having confidence to keep things simple on album number two. Ably assisted by Days Are Gone-producer Ariel Rechtshaid and alt-pop pioneers Dev Hynes, BloodPop, Rostam Batmanglij and Twin Shadow, Something To Tell You finds Haim picking up where they left off, creating slick, retro-leaning pop-rock.