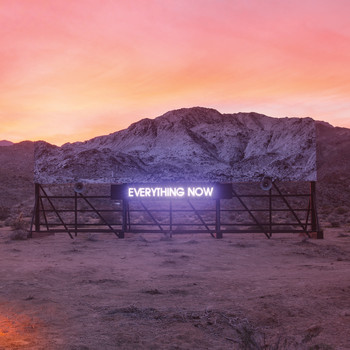 7digital What we said: It’s hard to say what exactly Arcade Fire have been listening to in the build-up to their fifth album. The Canadian indie-baroque outfit have certainly gotten poppier lately, and Everything Now feels their poppiest outing yet. Sugary, lilting brass, lithe bass and upbeat choruses, tracks go from new wave-y anthems to squelchy quasi-reggae, via a Francis Bebey sample or two. There’s even rapping from frontman Win Butler. Though tracks like “Creature Comfort” feel more familiar territory for the group, this largely feels worlds away from the subdued grandeur of debut Funeral. However, the consistently rich instrumentation and poignant lyricism reminds you why Arcade Fire remain one of the biggest bands in the world.